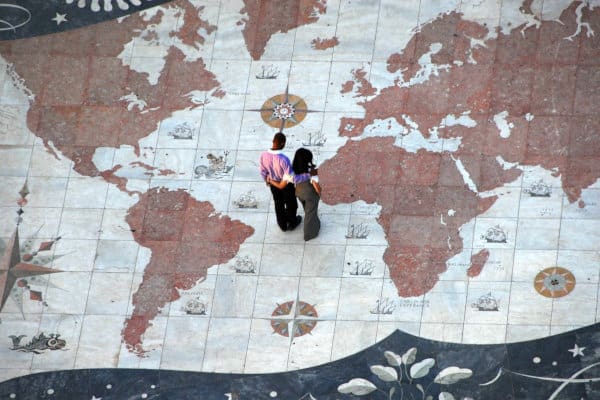 Diving is a spectacular way to see the majesty of the planet. Considering that 70 percent of the world’s surface is underwater some of the most amazing places can only be accessed with a snorkel or scuba tank.

This guide covers some of the worlds most varied and spectacular dive sites from all four corners of the globe.

Our List Of The Best Places To Scuba Dive The Great Barrier Reef is one of the great natural wonders of the world and home to a plethora of amazing fish, coral and of course… sharks. The reef is in the Coral Sea in the Northeastern part of Australia and stretches from Cape York in the North to Bundaberg in the South. More than 2300 km of amazing coastline.

When beginners first get interested in scuba it invariably starts with a dream of diving this spectacular piece of ocean.

The reef is the tourist destination of thousands of people, but as it’s vast there are still some untapped and unfettered nooks where you can look upon giant turtles and whale sharks. Lizard Island, for instance, you can only dive from if you are on a live aboard boat. This makes for an unforgettable holiday experience. South Africa has some of the most amazing dive sites in the world. Bordered by both the Atlantic and the Indian Ocean, the 2735 km long coastline provides a diverse range of marine life and coral that will take your breath away.

Be prepared for a variety of water temperatures ranging from 14°C – 27°C (57°F to 80°F) depending on if you dive the Indian ocean or Atlantic side of the country. If you are keen to get up and close and personal with some of the killers of the deep you can go cage diving near Seal Island or off the coast of Gansbaai.

Cape Town offers the opportunity of diving both Oceans and you can explore the majesty of Cape Point. 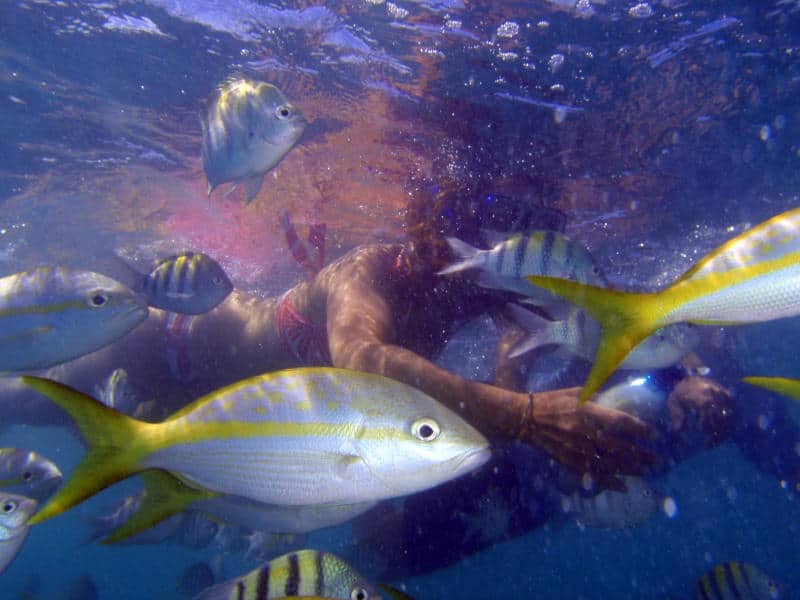 Cuba has been increasing in popularity as a travel destination for some time now, but one thing that makes it stand out is its abundance of excellent scuba diving spots. Not only that but… In Cuba, you can dive with saltwater crocodiles.

This is not a thrill-seeker experience which will prove to be the last one you ever have. You will go with experts that know the creature’s habits and keep you safe. But you will be able to observe these ancient reptiles in their natural habitat and have an adventure of a lifetime. 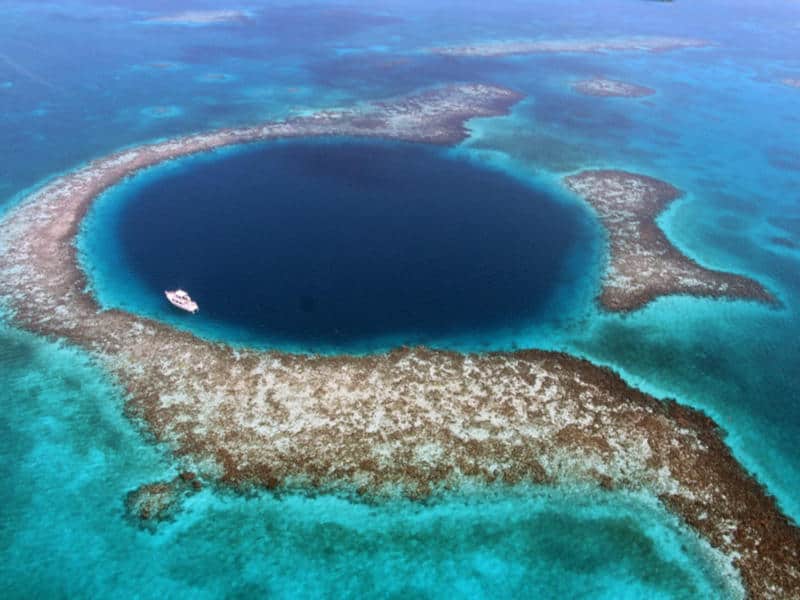 Thanks to: Seann McAuliffe

Situated between Guatemala and Mexico is the amazing coastline of Belize. As it’s one of the least populated countries found in South America, its coastlines and reefs are largely unspoiled.

Belize boasts the longest unbroken barrier reef in the western hemisphere. The Elkhorn coral reef has some amazing and secluded ca es that are a divers dream. These can be a bit dangerous to those new to the area, but you can get advice and tours from some of the dive centres in the city.

The Blue Hole is actually a huge marine sinkhole, originally discovered by Jaques Cousteau. The hole is about 125m deep and 300 m wide. The hole is home to lots of sharks, hammerhead, reef and bull. Not to mention a host of other marine life.

A short plane journey from the city of Belize is the amazing dive site of the Ambergris Caye ou of more than 200 caves the Ambergris cave is the largest. 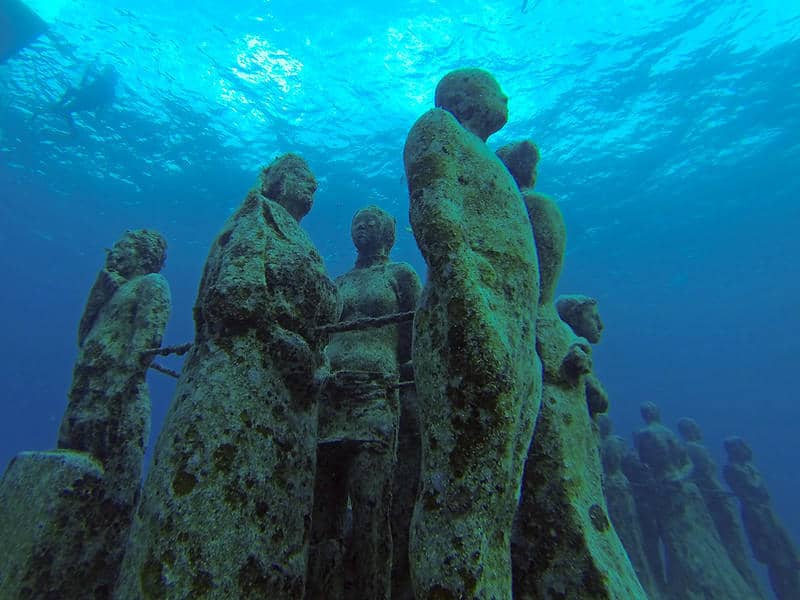 Mexico has a diverse coastline, not to mention islands that are home to some amazing reefs, animals and wildlife. One of the most amazing places in Mexico to dive is the Cancun underwater museum. There are more than 500 life-sized statues that can only be seen from under the waves, making this the largest underwater museum in the world. 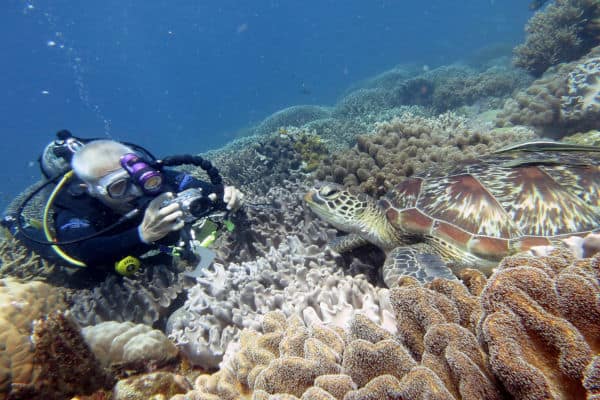 With whale sharks, reefs and LOTS of islands to explore it’s little wonder why the Philippines is one of the diving capitals of the world.

Amos Rock in the Tubbataha Reefs Natural Park is a remote dive spot that can only be reached by live aboards, and accessible between March and June. Its inaccessibility does mean that it has maintained a lot of its natural beauty. This dive spot is home to more than 600 different types of fish. 360 different types of coral will take your breath away. This dive site is suited for intermediate divers and over.

Okikawa Maru in Coron Bay, Palawan is a great spot for beginners to try their hand at scuba. During world war 2, 4 Japanese warships were sunk by the allies and are now fantastic recreational dive sites for tourists. Diving in Thailand is amazing. It has clear and diverse waters making it easy to spot all sorts of fish and sea creatures. The best times to dive in Thailand are between March and April. During this period you have the opportunity to see whale sharks.

From May to September however, heavy rain hits the west coast and forces some of the best reserves to close. During this time the East coast can be a better option but can get a little crowded.

You have the amazing option of seeing pelagic fish in Hin Muang and Hin Daeng which are their main feeding grounds.  Here you will have the opportunity to dive with Morea eel’s, Grey and Tiger sharks, not to mention Baracuda.

How old do you need to be to go diving?

The average minimum age for a person to start to learn to dive is 12. However, some dive companies have their won higher age limit. It’s always best to call or check their website to make sure.

Does it matter if I am a solo diver travelling?

Not at all. Although you should NEVER dive alone dive companies offer group dives or will provide a partner/guide so arriving at the dive shop on your won isn’t a problem.

Do I have to bring my own equipment?

No is the basic answer. If you are going to reputable dive companies then there is no reason you can’t hire their equipment. It will be easier than lugging your diving stuff through customs. If you are planning to do go diving privately make sure dive shops are willing to hire you the equipment you need. If they aren’t then you may need to consider bringing your own.

Do I need experience or a diving qualification to beagle to dive?

If you wish to hire equipment for your own diving use then yes you would need a qualification to show the shop you know your stuff. However, if you are going on one of their dive excursions they should provide you with all the training you need to be safe.

Make sure you do your homework before you put your face in the water though. Check reviews and customer comments to ensure the dive shop you are booked with is competent and will give you adequate training.

About the Author Brad Pickering-Dunn

Hey, I'm Brad - the founder and editor of Watercraft Watch. My love for boating is what prompted me to start WatercraftWatch.com – helping people find the right equipment and supplies so they can enjoy their time on the water. I hope you find the articles on the site useful, and share in my love for boating.

Add Your Reply
We use cookies to ensure that we give you the best experience on our website. If you continue to use this site we will assume that you are happy with it.Ok